Short Term Consulting Opportunity With the CRFM Secretariat: Call for Expression of Interest

Title: Preparation of A Practical Guide for the Implementation of St. George`s Declaration on Conservation, Management and Sustainable Use of the Caribbean Spiny Lobster (Panulirus argus)

Summary: The CRFM Secretariat is inviting expressions of interest from suitably qualified resource persons to undertake a short term assignment to prepare A Practical Guide for the Implementation of St. George`s Declaration on Conservation, Management and Sustainable Use of the Caribbean Spiny Lobster (Panulirus argus). The project will be conducted between 15 January and 5 March, 2016

St. George's Declaration on Conservation, Management and Sustainable use of the Caribbean Spiny Lobster (Panulirus Argus)

ST. GEORGE’S DECLARATION ON CONSERVATION, MANAGEMENT AND SUSTAINABLE USE OF THE CARIBBEAN SPINY LOBSTER (PANULIRUS ARGUS) 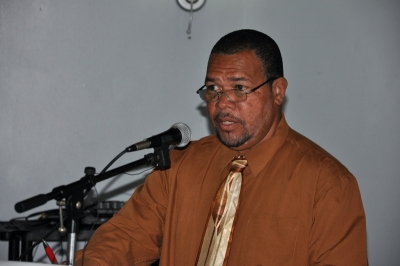 ROSEAU, Dominica, April 23 (CRFM) – The future of the conch and lobster sector is being examined as the 12th meeting of the Caribbean Fisheries Forum,the main technical and scientific decision-making bodyof the Caribbean Regional Fisheries Mechanism (CRFM), opened here Wednesday at the Fort Young Hotel.

Acting Permanent Secretary in Dominica’s Ministry of the Environment, Natural, Physical Planning and Fisheries, Harold Guiste, made special mention of the issue while presenting the feature address on behalf of the host nation.

Mr. Guiste said that amid systems put in place region-wide to monitor the harvesting of the delicacies, “it appears some countries are bent on wanting to exercise control over all the resources in the world.”

He further noted: “Globally we have noticed a rush to fish accompanied by a lack of responsible behaviour in the fishing sector. This type of hooligan behaviour has resulted in severe decline in some major fisheries of the world and collapse in some others.”

The senior ministry official called on the CRFM to work closely with its stakeholders and partners to safeguard against the depletion of the region’s already challenged resources.

The spiny lobster industry brings in about US$456 million per year to CARICOM producers but high demand has led to an unhealthy state of the stock.

The CRFM is also concerned that since 2012 an environmental NGO in the US has called for the queen conch, a delicacy and the largest mollusc fished commercially across the Caribbean to be listed as an endangered species in accordance with the US Endangered Species Act.

The protection of queen conch is already governed by the Convention on the International Trade in Endangered Species (CITES), whose guidelines CARICOM signatory nations follow scrupulously.

The matter has been taken to the Council for Trade and Economic Development COTED and the Ministries of Foreign Affairs in CRFM member countries.

CRFM Executive Director Milton Haughton said while regional governments have agreed to the policy, mandated by CARICOM close to a decade ago, it was not signed at the 25th Inter-Sessional meeting of CARICOM Heads recently held in St. Vincent and the Grenadines.

The common fisheries policy would act as a treaty to guide sustainable contributions for regional development and food security, develop the scientific basis for decision-making, strengthen sanitary and phytosanitary systems and market research which could lead to improved access to overseas markets, through cooperation to increase the fish processing which offers value added products and create jobs.

“We have to strengthen our systems to ensure better conservation and resource management, especially of the resources that are our main commercial resources including lobster and queen conch etc. Long term sustainability is one of the key challenges facing the fisheries sector in the region s well as globally,” Haughton said.

Fourteen of the 17 member countries of the CRFM are present at this year’s meeting;absent are Barbados, Haiti and Suriname. Two observers, The Netherlands and Curacao, have expressed an interest in joining the Belize-based CRFM.

Based in Belize, the Caribbean Regional Fisheries Mechanism (CRFM) was established in 2003. It is the core of a complex interactive network of a wide variety of stakeholders in fisheries. Three bodies together make up the Mechanism. These are: a ministerial body, a Fisheries Forum (the main technical and scientific decision-making body) and a Fisheries Technical Unit or Secretariat.

CRFM promotes the sustainable use of fisheries and aquaculture resources in and among Member States, by developing, managing and conserving these resources in collaboration with stakeholders to benefit the people of the Caribbean region.

Its membership includes all CARICOM countries, as full members. Other countries and territories in the Caribbean may join the Mechanism as Associate Members.